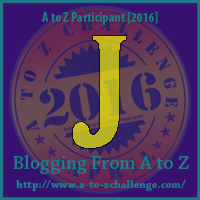 This post is part of the Blogging From A to Z Challenge.

What’s a childhood without Jell-O? Incomplete. I’m glad I grew up in the 80s with gluten, artificial flavors, sugar, sugar and more sugar. So much so, that I barely like it now.

wasn’t an Army brat as a kid, but I moved around quite a bit. I attended five different schools from grades 1-6. One would think that because I was shy and quiet and always the new girl, lunchtime and recess would be the worst parts of the school day for me. Quite the opposite. If I didn’t have friends to play with at recess, this bookworm would gladly read. If I didn’t have anyone to talk to at lunch, I gave my food my undivided attention.

I loved school lunch. I got to enjoy an array of “American” food. Pizza, hot dogs, fish fillets, tater tots. No matter the elementary school, I could count on Jell-O gelatin snacks being served At least we called it Jell-O. Sometimes it was served in small lidless plastic containers, that now that I think about it were probably made in large batches by the lunch ladies that morning. I liked it better when schools served them in small cups with foil lids that had to be peeled back. Not only was there a sweet whiff that greeted your nostrils, but there was always a small blob attached to the foil that could be scooped with your spoon or spork.

I was never told not to suck out the Jell-O with my tongue. Somehow I knew that would be frowned upon as unladylike by my aunts who weren’t there, so I didn’t do it even though some of my classmates did. I did sometimes lick the foil lid to get the rogue blob before diving into the contents of the cup. I liked the grooves that appeared after each scoop. No matter how hard I tried, I could never get one smooth scoop. There were always jagged edges.

Even though TV commercials showed an assortment of colors and flavors, I remember only orange, presumably orange flavor, and red, which I didn’t know if it was strawberry, cherry or watermelon. We just called it “red” like red Kool-Aid. It didn’t matter anyway. I longed for the elusive and exotic green flavor, which I now know is lime.

Lid or no lid, I liked seeing the smooth flat surface of the colored, but clear dessert. You didn’t get to see it “wobble” and “wiggle” like the commercial said unless you scooped it and shook your spoon, or placed a small amount on your lunch tray and shook the tray. I don’t know why the sight of wobbly food didn’t freak me out, but the bruised part of a banana makes me feel nauseous.

Jell-O was considered dessert on the lunch menu, but I sometimes ate it first. I suffered from a lot of sore throats, mostly because of the blasting air conditioner. The coolness of the Jell-O was soothing as it slid down my throat. Having Jell-O at home wasn’t as big of a treat as having it as school. Part of the reason was because I had to make it from the powder mix if I wanted to enjoy it. I was impatient for the process of boiling water, mixing, then waiting for it to harden in the fridge. I also hated making Jell-O because I knew I’d have to share. I was the oldest and only girl. It seemed like I was always prepping and sharing food for the two extra mouths of spoiled boys.

Jell-O helped me earn an A on a junior high science project, which I recycled and got another A in high school. The project was on cell mitosis. I’d like to spare myself the writer and you the reader from falling down the rabbit hole of Wikipedia and Google. Mitosis is the division of cells. I made a model of a cell using two different Jell-O flavors, the nucleus and outside of the nucleus, and macaroni elbows to represent chromosomes (I think). After bringing home my project, I stored it in the top shelf of the fridge until fuzzy gray mold sprouted.

My cell mitosis project was the only time I ever put anything in my Jell-O. I don’t like Jell-O with fruit chunks. To this day I won’t eat it if there’s strawberry, grapes, mango or other fruit chunks floating around in it. I just want to enjoy the sweet, cool and smooth taste of Jell-O by letting it slide down my throat or melt on my tongue. I don’t want to chew. Nowadays, though, the only time I eat Jell-O anymore is in the form of Jell-O shots at parties. The stronger the better. J-E-L-L-O!